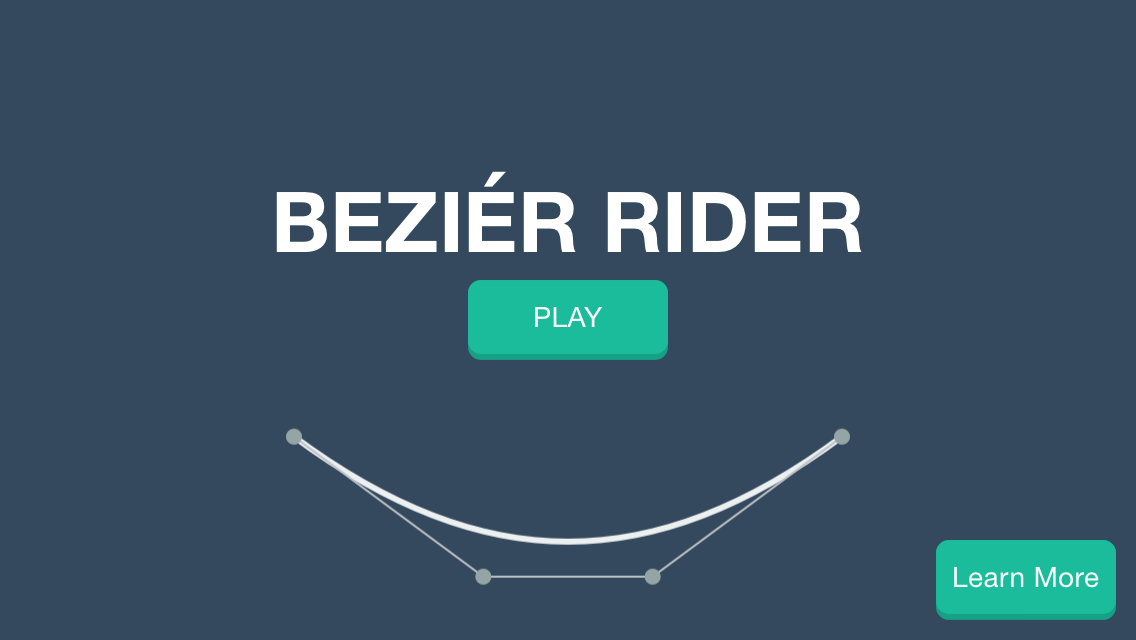 The Bezier curve here is drawn using a UIBezierPath! 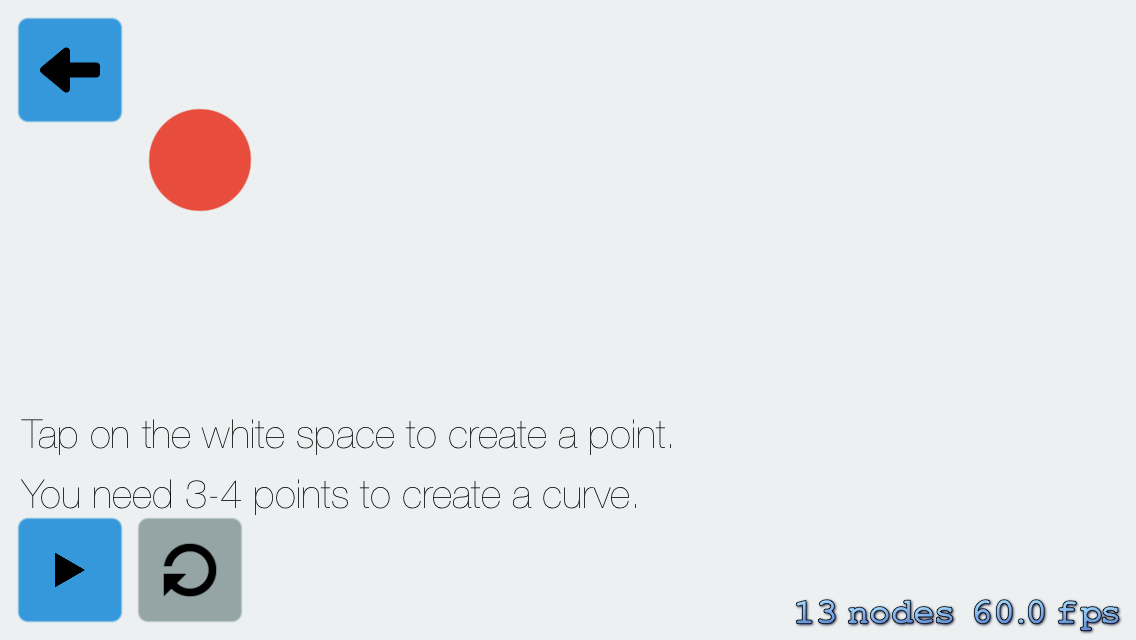 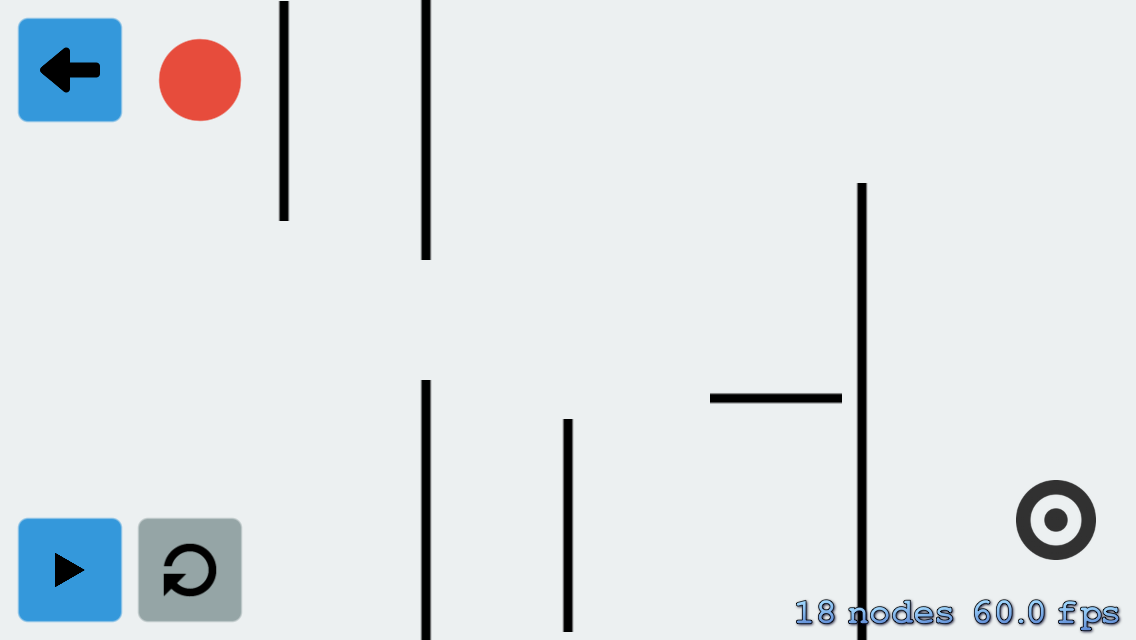 After plotting the points, click play to turn those bezier curves into platforms for the ball to roll on... to the goal! 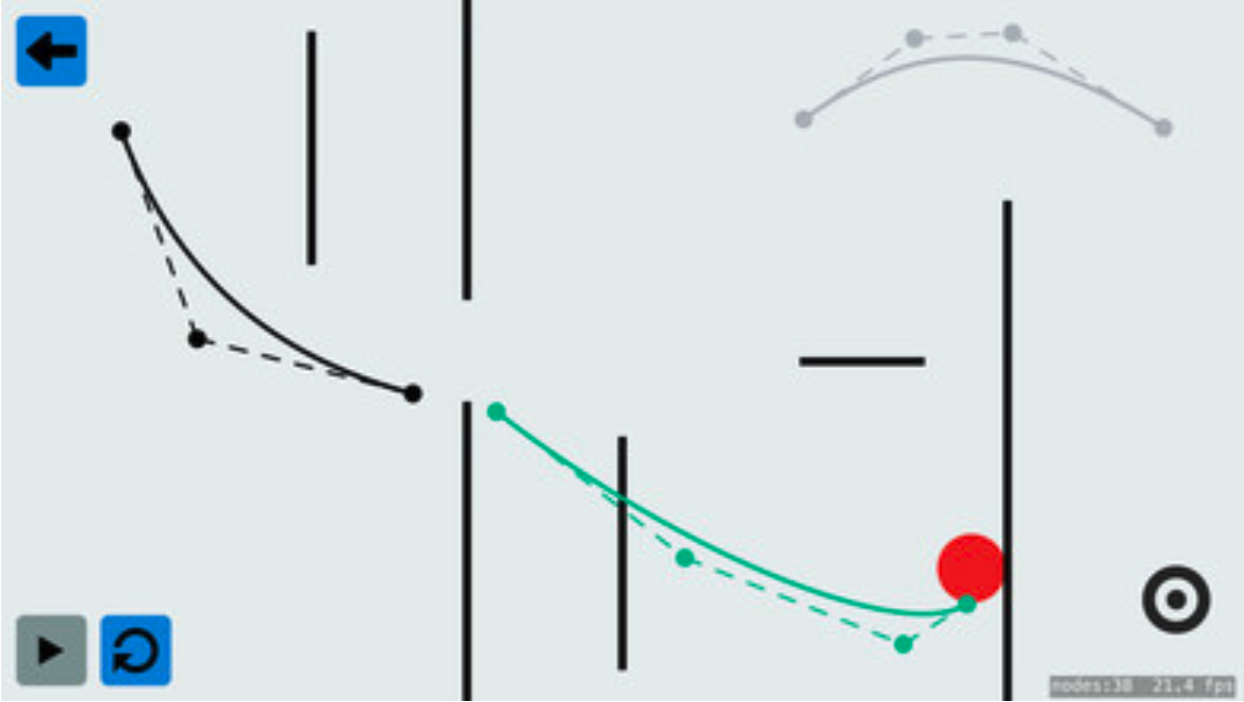 Turn on gravity and watch the platforms appear! Look out for moving platforms to time your run.

This is a game I created for my final project in math class in 9th grade!

The topic I chose to study was Bezier Curves, which are interpolated curves used in lots of applications, primarily computer graphics. The main idea behind generating Bezier curves is producing a (weighted) linear combination a set of basis functions. Four points will uniquely define a family of cubic Bezier curves, but not because the curve will go through these four points, but because the linear combination weightings for each point can be changed in such a way to produce a bunch of possible curves, bounded by these four points. Take a look at this article if you want to learn more: https://pomax.github.io/bezierinfo/.

As for the game itself, I thought a little interactivity would spice up my final presentation. I modeled it after “line rider” type of games like this one, but instead of just drawing a line with your hand, you plot points to create Bezier curves! The curves do not appear as you plot the points, but rather when the Play button is pressed. At that point, all curves become platforms, and gravity starts affecting the red ball. If the red ball leaves the bounds of the screen, then the scene resets and you can try again. The goal is to reach the black target at the other side of the screen using as few curves as possible.