This project was a Siemens Science Competition Regional Semifinalist submission in 2016, and it was the result of a summer of researching at NASA Ames Research Center in Mountain View, CA under Dr. Weile Wang.
Read the full paper here. I also presented this project at the Synopsys Science Fair. Here was my poster.

Oceanic oil spill pollution poses a serious threat to marine ecosystems. Undetected spills from accidents or operational discharges from ships can harm marine life residing on the sea surface or on shore. Previous studies try to automatically detect spills using remote sensing imagery from synthetic aperture radars. However, the accuracy of the traditional algorithms is limited by the presence of look-alike biogenic films that have overlapping physical features with true oil spills. Difficulties remain in identifying useful features and their combinations to distinguish between the two categories. Here, we proposed a methodology based on a genetic algorithm to address this challenge. This procedure finds an optimal or near-optimal solution within a given search space by mimicking the natural processes of competition, reproduction, mutation etc. Our procedure also addresses the premature convergence problem commonly found in genetic algorithms. We tested the procedure on simulated datasets using published statistics, and our results show an average accuracy of 88.2% for oil spills, representing a statistically significant improvement over the literature (~82%). The optimized classification also reduces the time spent on look-alikes, allowing for a faster response to minimize environmental damage.

It's hard for the human eye to distinguish oil spills and lookalikes films in the water from satellite radar imagery. Ideally, an autonomous system would be able to accurately flag oil spills and send coastal cleanup crews. 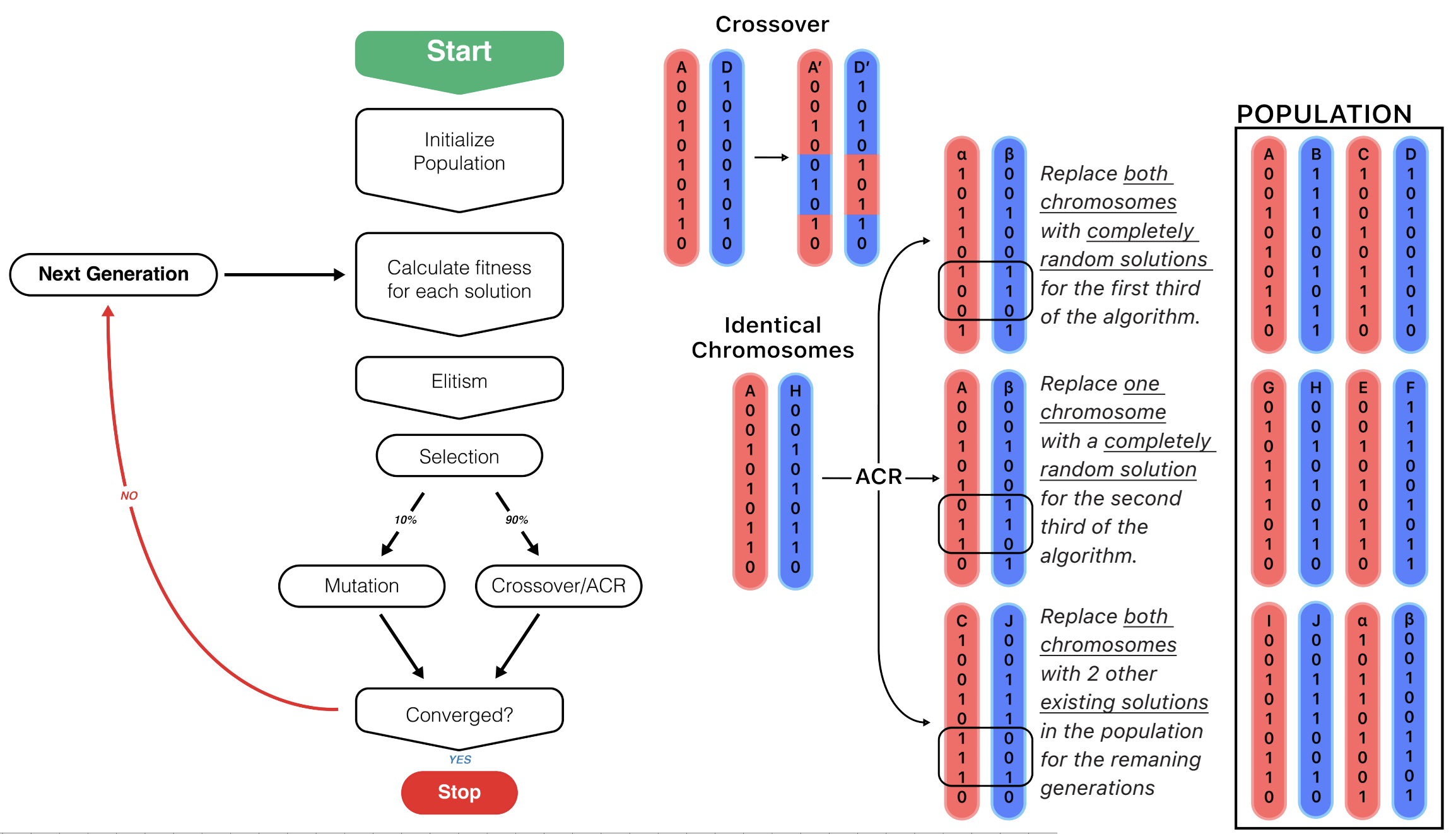 The evolution of feature usage over the course of a single run (50 generations) of the genetic algorithm. For every feature K, the frequency that it is used is calculated by taking the number of appearances in the population divided by the population size, and the corresponding cell is colored according to the legend on the right. 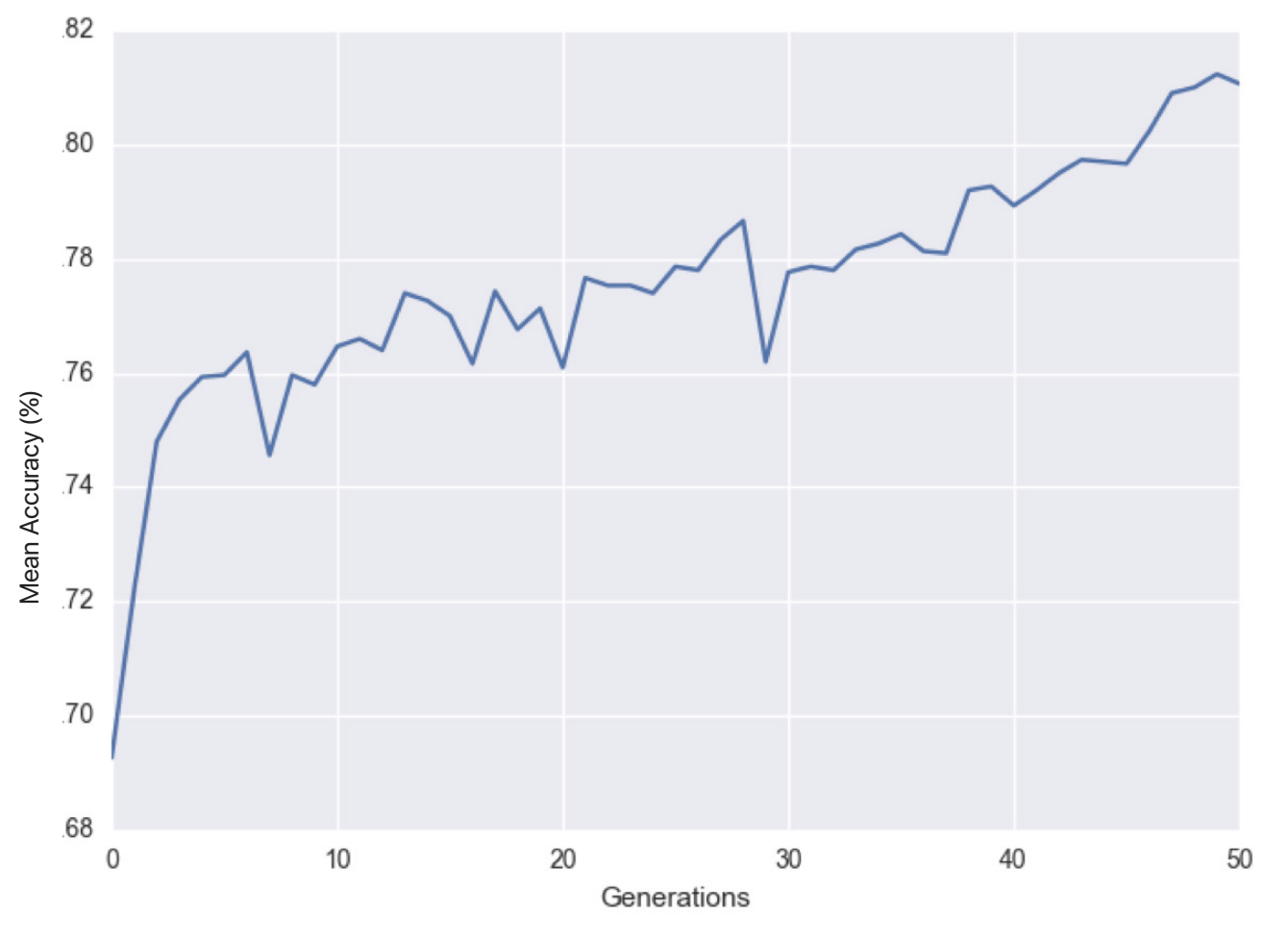 The mean classification accuracy of the population of solutions throughout the course of one trial (50 generations): ranges from around 69% to 81% in overall accuracy for an improvement of 12% accuracy from the original population.

My paper introduced a method called Adaptive Chromosome Replacement, which is a form of an exploration bonus for a genetic algorithm. It accomplishes this by randomly injecting noise into generations, when the overall population and gene pool have become too stagnant.